Intuitive Analysis of the Forex Market

To begin with, let’s try to answer the question: what is intuition? It is a common place that the essence of a human being is based on three key things: the mind, feelings and will. The mind presents the rational consciousness. The feelings and will aspirations comprise the irrational one. It should be noted that the word “feelings” actually means the entire spectrum of different psyche states, starting with the simplest senses/emotions and finishing with the highest spiritual experience. The irrational manifestations of the human psyche have several aspects – let’s focus on the intuition.

Everybody admits that the intuition exists, and it is almost impossible to find works in the field of cognition and creation psychology without it being mentioned. Although everything that is not comprehensible in a creative process, namely, the way new ideas appear, insights, apocalyptic visions is related to the intuition, there are no unified approaches to understanding its essence. It is often believed in philosophy that the intuition is a specific way of percepting the world along with the mind and feelings.

In this chapter we are going to consider the intuition as deictic knowledge (i.e. given in the form of feelings and emotions but not proven by logic discourse and visual experience) which is undoubtedly the truth, though its existence cannot be yet verified. Thus, the intuition is some potential knowledge; there is some actualization and a process of changing the deictic knowledge into proven, logical and formal.

Later on we are going to perform an intuitive analysis of the Forex market based on the correlation of the intuition and emotions as well as consciousness and belief. At the first non-critical look the knowledge about all those diversified Forex market objects (exchange rates, trend figures, oscillator signals and so on) turns out to be the only instinctive one reflected in the financial analyst’s consciousness. At the same time the objective Forex market is considered as primary and truly real. The subjective world – the world of human thoughts and feelings is real and true only due to the fact that it correctly reflects exchange rate movements, the behavior of all possible indicators usually based on the interdependence between exchange rates and time. If a trader’s consciousness contains a thought that doesn’t have a real objective correlation in the Forex market, it is considered to be a lie or delusion. Whereas the sensitive experience is the main source of learning. The mind is secondary, it analyses and forecasts all those market movements given to us through certain physical abilities (that is, in the information on market object qualities such as, e.g. the interdependence between the exchange rate and time, RSI curves and etc.)

The abilities are relative. Therefore, the figure in right is seen by some people as a flat market, but the others percept it as a start of turning down (Sstoch signals), still others take it as a slight correction and further strong upward growth (CCI signals and RSI to some extent). It should be noted that the way to choose this or that indicator is very subjective, but the chosen thing is trans-subjective, in the sense that it belongs to a real currency in the Forex market.

In other words, the sensory organs are windows and doors for the continuous flow of Forex market information. It is clear that only insignificant part of this information is percepted by a trader, given that the process of connecting the sensory material with the thought-forms happens intuitively. It should be understood that the sensory (or the lowest stage) part of the intuition is the process of realizing feelings, i.e. turning the continuous Forex market information flow into the discrete world of this market objects. Such a kind of simple intuition is inherent to all the people, but only few have developed the ability to the higher cognition. It is necessary to remember that the intuition is not anything that has been already developed through the financial analyst’s evolution, but it is something that is under development at this very moment.

There are two types of the higher intuition: intellectual and mystical. When analyzing the Forex market a trader’s mind reveals the internal side – the essence (something permanent that is saved in all market changes, something that differentiates one market factor from another, something that similar objects have in common). Studying the Forex market means revealing the essence of happening events behind their external dynamics and figuring out their interconnections. Formalizing the external world of objects, an analyst may float its cover as long as possible without entering its internal world, without feeling the “living soul” of Forex.

To know and perceive the world of ideas is impossible without clarifying the lowest part of the human nature and without developing a higher sensitivity. Straight-knowledge (sometimes it is also called faith) doesn’t come easy; it requires a lot of volitional concentration and effort. As it is said: “The faith comes only to those who seek it. They who are satisfied with this world and don’t have any spiritual aspirations, they completely fail to understand the faith, they are organically alien to it”. So, the higher intuition can be developed only through hard dedicated work (but it doesn’t come with experience, nor is it a gift a person is born with, as some people think).

To conduct intellectual intuition training should be performed using a π-space, each plane of which presents specific predictions about a certain market component development, after that everything is integrated, and the general prognosis is given for the behavior of an exchange rate under investigation. The examples of those planes can be the following prediction directions (in the given period of time): 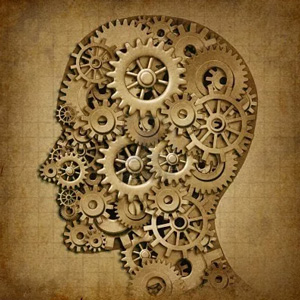 It is important to keep the experiment unbiased: Your insights shouldn’t be clouded by any logical speculations of a predictive character (for example, to predict the further trend change using mA(34) curve). It means that you have to disengage from the market and shut yourself out of it while you are performing the intuitive analysis (for instance, by doing some special relaxation exercise). As for choosing the time period it is obvious that training should take place during Your working hours. For example, for the daytime Forex market it is best to use a four-hour time period while four bars are being created, 60 minute sweep each (why to stick to 4 bars becomes clear due to researching prognosis signal durations on the basis of oscillators. Thus, let’s go back to our training. You have to turn away from the market of the currency you’ve picked for 5 or even 10 minutes, after that you start filling in a table like this one here, relying exclusively on Your internal market instinct. Avoid interconnecting different research planes with help of logic. Use some symbols to fill in the table:

You may add some more symbols yourself. The table above presents an example of such an intuitive market analysis USD/СНF. As you can see, there is a correlation between the results of the intuitive analysis and the real sequence of events.

It is essential to perform this training regularly at least three times a day (in the morning, during the day and in the evening), in any mood and state of mind. Only when you get a positive result showing that your intuition works with more than 80% probability, you can use it as one of the main sustainable factors while performing a complex Forex market analysis.

To stimulate your intuitive abilities we have created several tests based on the analysis of Japanese candles.

Mystical intuition is usually associated with acquiring some spiritual experience of different religious hermits and saints, in other words with the faith in revelation and supreme intelligence. In our case (for the Forex market) the mystical intuition will be foremost related to the mysticism of Fibonacci number sequence known to play a very important and inexplicable role both in processes of our universe and the Forex market. Firstly, it is important to learn to foresee correction lengths of the reverse currency movement.

It is important to exert more effort so that to master skills of such an analysis. At the end of this paragraph we will shortly explain one more important constituent of the mystical intuition, namely, foreseeing during sleep. Two main methods to stimulate spontaneous foreseeing during sleep are mentioned in Dunne’s book “An Experiment with Time”. The first one is connected with the volume increase of dreams retold. You should wake up fast and quickly write down or record the content of all the dreams You can remember. It is recommended to focus your attention on the produced content of the dream, trying to “squeeze” as much as possible and adding new details accompanying the dream. The second method is to develop the ability to correctly analyze dreams and pay special attention to details. Dreams contain some information both from the past and the future nearly in equal proportions. If dreams are carefully studied, all this information can be extracted. Sometimes we come across obstacles while trying to find some elements related to predictions:

If you keep writing a diary of dreams for several weeks and then thoroughly analyze it comparing the events of each day with the dreams before and after these events, no doubt you will discover the equal quantity of connections both between dreams and following events as well as between dreams and previous events.

Most people are not ready to accept such an extreme point of view. However, as Dunne claims, all the unusual events seen in dreams most probably prove the existence of such a phenomenon as foresight – and it is this viewpoint on the nature of dreams that has been fully acknowledged later on. If you accept it, you will discover a lot of connecting elements between the past and the future, the elements that unite past dreams where future events were reflected and actual events that are yet to happen.

Thus, this chapter has introduced the main concepts and intuition types, you have discovered the basic principles of the intuitive market analysis, and in case you get positive results after testing, you are ready to implement what you have learned in the Forex market. Nevertheless, be very careful. It is appropriate to provide an example with George Soros, who is one of the strongest financiers of our century, it is laid out in Nayman’s book.

Soros’s approach to using the intuition is as follows. He puts forward a hypothesis and checks it by his real actions in the market (obviously, he doesn’t risk large sums of money when doing so). If the hypothesis proves to be true, it is possible to use it as a working concept. Otherwise it is necessary to find out why there is a discrepancy between the practice and hypothesis. It is likely to be only a temporary deviation, but on the whole the hypothesis is right. Only after careful checking the hypothesis large scale operations can be started in this direction.

In conclusion, we would like to point out that the intuitive market analysis is closely correlated with the psychoanalysis of a trader as a market participant and with the “crowd” psyche of the rest market figures.